It's time for a brand new congress and you can help

But we are just getting started.

We have candidates on the ballot from now until November, and we need to win as many seats as possible.

Help us set off a wave of progressive victories in 2022!

If you prefer to donate offline, you can mail a check to:

If you’ve saved your payment information with ActBlue Express, your donation will go through immediately.

PrevPreviousLet this be the death of Imperialism.
NextIt was the whipsNext 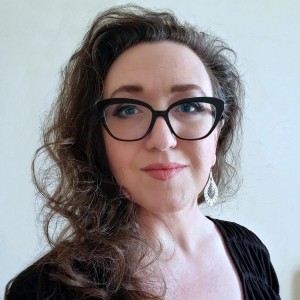 Everyone remembers where we were the day the world stood still. In a flash, all our lives changed. In the weeks that followed, as we were still frozen in shock, our government moved aggressively to issue a sweeping, open-ended mandate for endless wars, and an unprecedented curtailment of civil liberties.

At the same time, we left those most impacted by the attacks — including first responders and displaced workers — to fend for themselves.

Anniversaries are a time to reflect, and the last twenty years have given us much to think about. It is imperative that we look with clear eyes.

Imagine if we had chosen healing instead of vengeance on that day?

Instead of going to war, what if we had turned inward and chosen to financially support workers who lost their jobs in the post-9/11 economic crisis?

What if, instead of launching new government agencies devoted solely to spying, we had invested in healthcare for all? What if we’d chosen to invest in comprehensive mental health resources to help everyone impacted cope with the trauma of these events? How many wounded people could have found peace and a different path in life?

Imagine if, instead of kidnapping, deporting, incarcerating, or simply demonizing people because of the color of their skin or the God they worship, we welcomed immigrants into our homes and embraced them, recognizing that immigrants make our nation stronger and make us better people?

What if we had built hospitals and roads instead of bombs and drones?

What if we had spent the last 20 years investing in making people healthy and whole; in strengthening our bonds with our neighbors and fostering international cooperation; in empowering workers to weather economic downturns by raising wages and strengthening unions?

If we had done all that instead of spending trillions of dollars on unwinnable, invisible, endless wars, how much better prepared would we have been two decades later as a global pandemic arrived on our shores?

But we didn’t do that. We empowered our government to spy on us with impunity. To detain us indefinitely. To bomb other countries indiscriminately.

We lost the dreams of an entire generation. Some were sent to die on foreign soil, and millions more were left to suffer here working longer hours for lower wages under crushing debt.

But it doesn’t have to be this way.

Twenty years ago we made rash decisions based on fear and anger, and millions of people here in the U.S. and around the world have paid the price.

Today we can choose another path.

Let us honor the fallen by building a society that recognizes our common bonds of humanity, restores our body and spirit, and builds collective prosperity.

Let’s build a world where no one has to live in fear — fear of hunger, fear of houselessness, fear of violence, fear of war, poverty, racism, sexism, or bigotry.

Don’t turn away from the painful, costly lessons of 9/11. Embrace them. That’s how we will build the world we deserve.

PrevPreviousLet this be the death of Imperialism.
NextIt was the whipsNext